"The story so far... The body of Doris Hazar's Pekingese, unwittingly asphyxiated beneath her husband's bottom during a middle aged spread do at the great house, after the ritual fortnight in the Rawlinson fridge has been given over to Old Scrotum, the wrinkled retainer, for indecent burial under Sir Henry's giant marrow. This monstrous jade zebra veg is the master's puffed pride, and by his stern instruction the greedy gourd is drip fed with a powerful laxative, thus 'should some rascal half inch the blessed thing and eat it, it'll give him the licorice for weeks'. Now think aught..."
Vivian Stanchell Sir Henry at Rawlinson's End 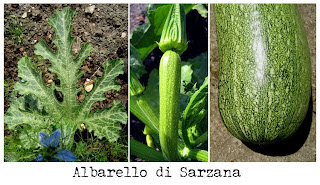 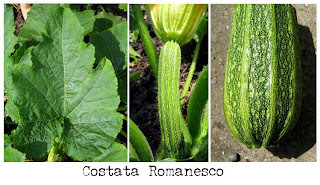 We're trying to eat ours up before they turn into zuccas.
Posted by Misshathorn at 9:21 pm 4 comments: 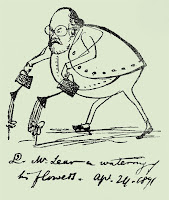 The past several days have seen me busied thus. More today with temperature still at 30° but possible respite tomorrow in the shape of a raincloud.
In 1863 Edward Lear, uncertain of income and wishing for a sinecure, requested his friend Fortescue to write to the Queen to ask the King of Greece to give him a 'place' specially created, the title to be "Lord High Bosh and Nonsense Producer ... with permission to wear a fool's cap (or mitre), three pounds of butter yearly and a little pig."
Posted by Misshathorn at 7:56 pm No comments: 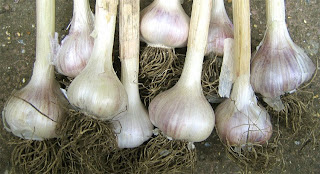 I've lifted all the garlic, which I got in trade from Patrick, after the rust had taken over and put an end to any more growth. The Red Toch (above) do look presentable but Metechi were all quite small and miserable so I will probably use whole bulbs in with roast potatoes etc rather than try to fiddle with peeling each clove. I'd like to blame the lack of sun here - but probably somebody has got a bumper crop to show me up to be just an inept farmer.

Posted by Misshathorn at 9:22 am 5 comments: 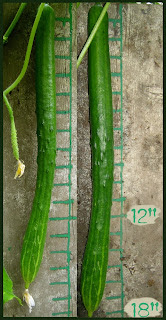 Posted by Misshathorn at 8:43 pm No comments:

"The tomato is so accommodating in flavour that it lends itself to all styles of dishes, and is equally delicious in them all. On the continent it is in common use, but the Americans appreciate it even more highly than the French, and, exhausting all methods of combining new culinary delicacies, eat it in it's raw state, just gathered as a bonne bouche, at an early breakfast. Fresh tomatoes may be cooked in a variety of ways: cut in thick slices and fried in a little butter, they form an excellent addition to a matutinal chop; or a fresh and delicate flavour may be given to the time-honoured rasher at breakfast, by mashing them up with a little butter and seasoning, and simmering them over the fire for a few minutes until thoroughly hot through..."
Our Wartime Kitchen Garden -The Plants We Grow and How We Cook Them (1917) by Tom Jerrold 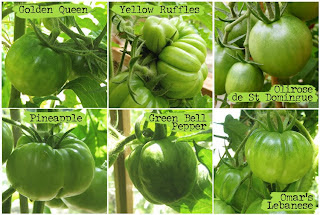 A slightly late start this year owing to not having the greenhouse put together until April, but some fruits are now beginning to turn orange. There is a lot to learn about growing under glass, a lot of things that I'll do differently next year. Fewer plants and more space around them (25 are crowded in there, probably 16-18 at most next year), careful pollination and better support. It was so simple when I first grew them back in Canada. Plant out on Victoria Day, stake them and water occasionally and by September we'd be enjoying a matutinal toasted tomato and crispy bacon sandwich. I never encountered blight, magnesium deficiency, dry set (I thought that it was brilliant that the fruit was staggering it's development until it dawned on me that those tiny ovaries are never going to swell) or blossom end rot. The greenhouse should protect against the blight which has snuffed out the crop 4 out of the past 5 years but -whew!- the watering (twice a day), pruning and tying. I had no idea how quickly they would grow in here, taller than I've ever seen them, taller than me. I climbed the ladder and pinched out the apical shoots once they got to be massed and tangled in the roof spine. But, fingers (and legs) crossed we'll get to eat some of this year's crop. 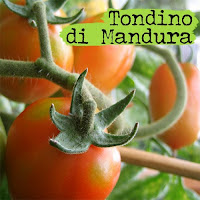 Posted by Misshathorn at 8:43 pm 4 comments: 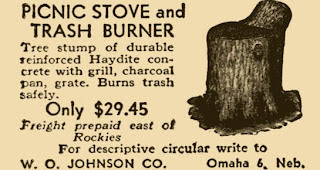 From Modern Mechanix
Posted by Misshathorn at 11:05 pm No comments:

This weeks top story was the hatching of five of the assorted eggs under Doris. It is impossible to get a good group photograph, somebody always looks the other way, so I've shot individual portraits. We aren't yet knowledgeable enough at chicken sexing to know which ones are male (ie. destined for dinner) and which are female. Just as well really.

Posted by Misshathorn at 3:53 pm 2 comments:

Just finished bottling up 45 lbs. of honey. So it looks like the shook swarm was a good idea. With a few months yet to go, this may be a bumper year.

Graphics from a honey tin found in a disused pantry in an abandoned house in the middle of the woods near Füchtorf.
Posted by Misshathorn at 10:31 pm No comments:

The Fatal Ecstasy of Work

"... the spirit of the laws of the hive. For in them the individual is nothing, her existence conditional only, and herself, for one indifferent moment, a winged organ of the race. Her whole life is an entire sacrifice to the manifold, everlasting being whereof she forms part. It is strange to note that it was not always so. We find even to-day, among the melliferous hymenoptera, all the stages of progressive civilisation of our own domestic bee. At the bottom end of the scale we find her working alone, in wretchedness, often not seeing her offspring (the Prosopis, the Colletes, &c.), sometimes living in the midst of the limited family that she produces annually (as in the case of the humblebee). Then she forms temporary associations (the Panurgi, the Dasypodae, the Hacliti, &c.), and at last we arrive, through successive stages, at the most perfect but pitiless society of our hives, where the individual is entirely merged in the republic, and the republic in its turn invariably sacrificed to the abstract and immortal city of the future...
Where there is progress, it is the result only of a more and more complete sacrifice of the individual to the general interest. Each one is compelled first of all to renounce his vices, which are acts of independence. Among the humblebees, for instance, the workers do not dream of renouncing love, whereas our domestic bee lives in a state of perpetual chastity... Little city abounding in faith and mystery and hope, why do your myriad virgins consent to a task that no human slave has ever accepted? Another spring would be theirs, another summer, were they only a little less wasteful of strength, a little less forgetful of self, in their ardour for toil; but at the magnificent moment when the flowers all cry to them they seem to be stricken with the fatal ecstasy of work, and in less than five weeks they almost all will perish, their wings broken, their bodies shrivelled and covered with wounds."
From The Life of the Bee by Maurice Maeterlinck. He goes on to caution "let us not too hastily deduce from these facts conclusions that apply to man."
Posted by Misshathorn at 5:11 pm No comments: 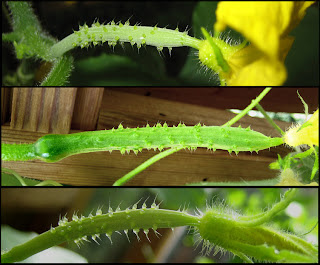 About 3 inches right now but will grow up to 3 feet according to the packet. I'm growing these inside the greenhouse and 'Kaiser Alexander' out in the garden because the old crone that runs the laundrette says that bitterness will result from commingling different varieties. Only not in those words.
Posted by Misshathorn at 10:04 pm 3 comments:

"...Ensures easy plowing, increased acreage and new rich soil with bigger yields..."
Farming with Dynamite from DuPont published in 1910 can be seen/read here.
Posted by Misshathorn at 12:26 pm 1 comment: