Pigeons in the snow, to and fro 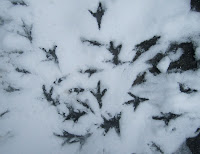 Posted by Misshathorn at 10:16 pm No comments: 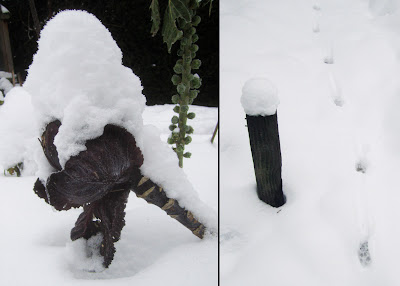 "An intense frost usually befalls in Jan: our Saxon fore-fathers call'd that month with no small propriety wolf-month; because the severe weather brought down those ravenous beasts out of the woods among the villages."
Gilbert White The Natural History of Selbourne

The snow ( about 6 inches now) reveals the path that the ravenous fox takes through the yard.

Posted by Misshathorn at 10:36 am No comments: 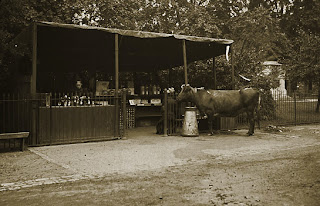 Posted by Misshathorn at 8:20 pm No comments:

Teapots of Note No.3 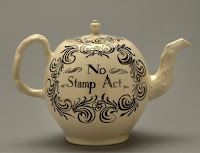 Saturday. Rose at eight o'clock in the morning. Sat down to my toilet.

From eight to nine. Shifted a patch for half an hour before I could determine it. Fixed it above my left eyebrow.

From nine to twelve. Drank my tea and dressed.

From twelve to two. At chapel. A great deal of good company. Mem: the third air in the new opera. Lady Blithe dressed frightfully.

From three to four. Dined. Miss Kitty called upon me to go to the opera before I was risen from the table.

From dinner to six. Drank tea. Turned off a footman for being rude to Veney.

Six o'clock. Went to the opera. I did not see Mr.Froth till the beginning of the second act. Mr.Froth talked to a gentleman in a black wig. Bowed to a lady in the front box.

Between twelve and one. Dreamed that Mr.Froth lay at my feet and called me Indamora.

From the Diary of a lady of fashion, reported in Bath by Edith Sitwell


Posted by Misshathorn at 10:59 am No comments:

The Shape of Potatoes

This year I am resolved to keep better records of my potato 'breeding' program, starting with more accurate descriptions and observations. As well as taking photos of blossoms and tubers (whole and cut), I'm going to make a note of growth habit, berry production, yield, cooked texture and flavour, and how well they store. 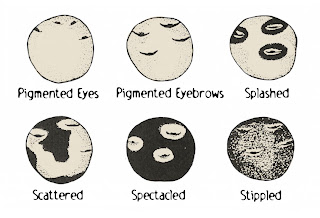 Diagrams from 'The Potato' by W.G.Burton

So, for example, the tuber pictured on the left December 15th would be described as obovate red-skinned with yellow eyebrows and yellow flesh.